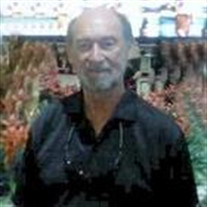 Graveside Services for Mr. William Harold Gregory, age 72, will be conducted at 11 am Saturday , June 11,2011 at the Bethleham Baptist Church Cemetery, with Pastor A.T. Thomas officiating. The family will receive family and friends immediately following the graveside service at the Milledgeville Christian Fellowship Center, Milledgeville for a celebration of Life Memorial Service. The family will receive friends at Williams White Columns Funeral Home friday from 6 - 8 pm Mr. Gregory was a native of Erwin, North Carolina, and had lived in Ivey, Georgia for the past 27 years. The son of the late Raymond Rudolph and Rebeth Ivey Gregory. He was the husband of the late Rita Lavender Gregory. Mr. Gregory was a veteran of the United States Air Force, having served as a radio and avionics technician stateside and overseas. He later became a talented jeweler and timepiece repairman, owning businesses in Macon and Milledgeville. He was a devoted member of the Milledgeville Christian Center, where he served as a pioneer and was instrumental in the church construction. Survivors include his daughter Kira Miller (Doug) Clarkesville, GA, son Bill Gregory of Erwin, N.C. , granddaughters Taylor and Skyla, sisters Elizabeth Baldwin Greensboro, N.C., Linda Purtell of Erwin, N.C., Carolyn Nutt of Fuquary, N.C., brothers Larry Gregory of Raleigh, N.C. and Donnie Gregory of Clemmons, N.C., a number of nieces and nephews also survive. In lieu of flowers, the family requests memorial contributions be made to the Milledgeville Christian Center, 120 Ivey Dr SW Milledgeville, GA 31061-3667 (478) 453-7710.

The family of William Harold Gregory created this Life Tributes page to make it easy to share your memories.